As per a law passed at Berkeley City Council, the low income group citizens will be given 2% of cannabis completely free from medical marijuana centers

Individuals earning below $32,000 and families having income less than $46,000 are certified to avail free medical cannabis. The state officials also highlighted that free cannabis will be audited every once in a while to ensure that its quality is equal to normal cannabis.

Charley Pappas, the medical cannabis commission member stated – “it’s very good to know that from now on wards every level of patient can be treated equally.”

Just following the announcement, the national media highlighted the news with the campaign saying it as the arrival of “weed welfare.” Pappas also owns a dispensary at San Francisco.

This law may not enforce any dispensary to revise their business model; rather many dispensaries have already started this. Few days back, Cannabis Buyers Club of Berkeley and Berkeley Patient Group (BPG) were the two organizations, which distributed free cannabis to the poor and needy. Moreover, the rule is applicable only to Berkeley residents, which cover only 25% of the dispensary patients. 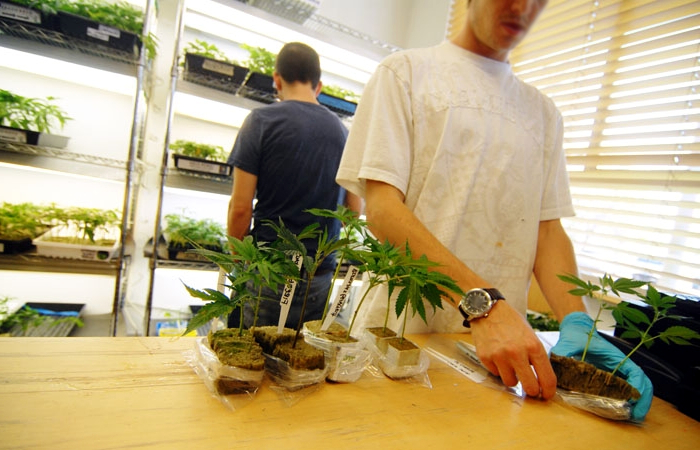 As per Sean Luse, Chief of BPG, they do this kind of charity activity on their own and they appeal to all other dispensaries to perform the same program. Luse says that the dispensaries, which are already running such program on their own since 1999 distribute about 1% percent of cannabis products as charity, so he thinks the 2% proposal is not required. He also added that it’s absurd to distribute more than demand.

Initially, it was ordered by the commission to give away 1%, but later the council directed to double it. While voting on July 1st, the council approved a fourth dispensary in the city for which the public also supported Measure T in favor of the additional center.

After a long debate and controversy, finally the council settled down with medical marijuana to get legal in the state; it’s not only legal, but will also be cheaper with no other competition when the medical marijuana centers are taken into consideration.
This decision has brought a soothing sway for all the enthusiastic cannabis growers and retailers in Berkeley after the approval of six medical cannabis centers at Berkeley. Hopefully more and more suppliers will start to apply for license to provide products to the centers.