It may sound strange, but the fact that almost always the same kinds of insects that attack marijuana plants cannot be denied. This may be because the pests get attracted towards the smell of the plants or to the weather around them.

The insects not only attack the marijuana plants, but also cause serious problems in them due to virus or fungal infections. There are many kinds of insects that attack these plants and in this article we will discuss about some of the most common ones attacking marijuana crops. We will also talk about ways to prevent and eradicate them.

Preventive methods are almost the sage for all kinds of pests. We just need to follow the techniques in order to protect the plants from insects. Here’s a quick look into how you can prevent insects from infesting the crops.

The first thing to do is to keep the cultivation room clean without any traces of substrate soil, soil, dry leaves, or other such trash. A clean environment is of utmost importance for prevention.

Every time you finish crop cultivation, you need to wash the cultivation cabinet using water and bleach. This can help to remove possible insect larvae traces and keep the environment clean and disinfected.

If the cultivation site is far off in the wild, just get rid of the weeds near the crops. This can help in minimizing the likelihood of some insects surrounding the plant and finally colonizing.

You can opt to use natural repellants like neem oil, which is 100% organic and acts as an insecticide for a wide range of insects. Dilute neem oil in water and spray over the plants once in 15 days till the buds start to form during the flowering phase. After the buds appear, you can stop spraying so that fungus formation due to excess moisture can be avoided. 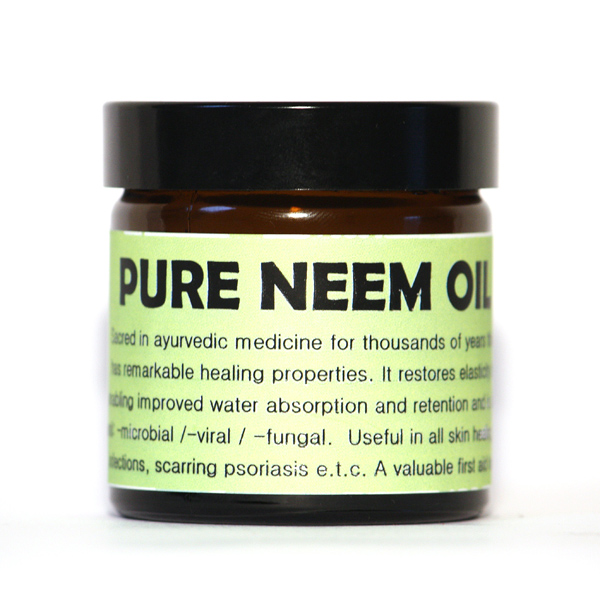 Pyrethrin, the extract of chrysanthemum, is also a great insecticide and 100% natural insect repellant. This can also be used in place of neem oil or you can also opt to alternate between the two.

Another excellent natural insecticide is slurry nettle, which can also double up as a fertilizer. You can just spray it on the plants once in two weeks to protect the crops against many kinds of insects.

These are some of the simple but practical solutions. However, occasionally, just prevention will not help and insects may settle over the plants. Based on the kind of the insect that has settled, specific steps can be taken. Irrespective of this, prevention is the best tool to avoid such problems. Let’s now move on to take a look at the common insects that attack marijuana crops. 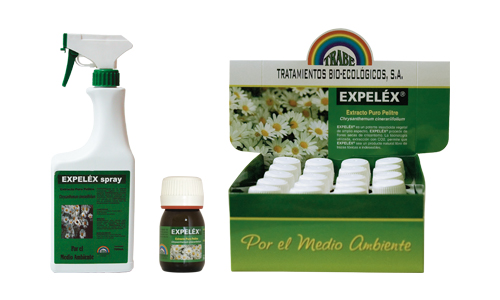 This is probably the worst of all the pests. As seen in the pictures, a group of tiny spiders tend to feed on the plant sap. They bite the leaves to extract the sap, leaving behind very distinctive marks visible to the naked eye on them. Spiders move around freely all through the plant, but it is generally seen more underneath the leaves and they also lay their eggs here.

Though they can be detected just with a glance, a magnifying glass or microscope can better help in identifying them. One obvious indication that red spiders have invaded the plants is the cobwebs that they build. These cobwebs can clarify that spiders have attacked the crops.

Spider mites just love the warm and humid climatic conditions, usually encountered in indoor growing all through the year and summer seasons. Unfortunately, it’s a highly tough and complicated task to completely get rid of these pests, though not impossible.

During the flowering phase after formation of buds, it’s not advised to use chemicals for eliminating the insects as there can be chemical deposition on the buds, which is detrimental to smoke them. On the other hand, if the plants are still in the growth phases, it’s best to use chemicals to fight the insects.

Using a sulfur burner can greatly help in eradicating these pests by burning once in a week or once in 3-4 weeks. It’s important to take caution while doing this as sulfur is highly toxic to humans. Another option is to use the specific chemical called Bermectine available for spider mites. Wear gloves and use a sponge to carefully rub it under the leaves or other plant parts and the cultivation floor. This has to be applied to the crops with the lights turned off so that evaporation takes place very slowly and the effect will be greater. Bermectine is also hazardous like burning sulfur and so you need to take appropriate measures to protect yourself.

It’s common to see these small black gnats measuring between one and two millimeters hovering over the plants during cultivation. They may not be dangerous, but they reproduce easily and can hinder the fast growth of the plants as they feed on the plant sap without leaving behind any mark on the surface like the other insects.

The biggest problem with eradicating mosquito substrate is that they not only live on the surface of the leaves, but also inside the substrate. So, it’s not an easy task to completely eradicate them. One advantage is that the females don’t fly like males; they are often found hanging under the pot or in the substrate. So, eradicating them is a little easy. As for getting rid of the males, you can place yellow sticky traps near the plants to which they get attracted easily and remain stuck.

Pure neem oil is a good product for eliminating these pesky insects. Just spread neem oil over some cotton and spread it along the edge of the pots. Also, lift the pots to apply little oil underneath and also add it to irrigation water to kill the insects within the substrate. This will make the edge sticky, making the insects to stay blued there and finally die. Even if you are not able to completely get rid of the mosquito substrate plague, you can control the density and reduce it such that they don’t harm the crops.

Using chemicals is also a good choice, but this is not recommended as the substratum has to be watered well to completely eliminate the plague.

Thrips are elongated and thin insects measuring between one and three millimeters in amber, brown or even black light colors. They have wings that help them to fly from one plant to the other without any problem.

These insects also feed on the plant sap, leaving behind marks on the tip of the leaves. They also leave small black spots on the leaves, which are nothing but their feces or eggs. It’s complicated to get rid of them, but not impossible. Place blue sticky traps near the crops so that the thrips get attracted to it and remain bonded.

If the plants have not yet entered the flowering phase, you can use certain chemicals to eradicate them. 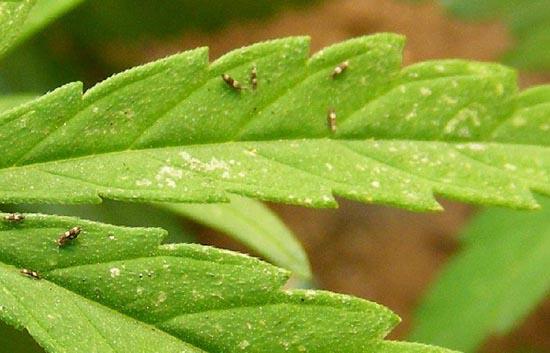 Greenflies are commonly found not only on marijuana plants, but also other plants like geraniums.

Aphids are particularly harmful to the crops as these insects not only feed on them, but also dig holes in stems and branches, invading the inside also. These are small black, green or yellow insects depending on their life stage. They are generally grouped together in large colonies and literally destroy the plants. They particularly prefer new stems and leaves as they are tender.

Specific chemicals can also be used as sprays to get rid of them. 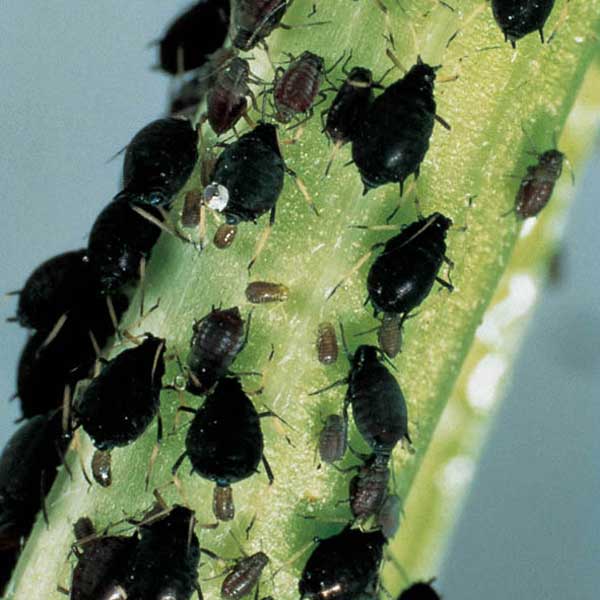 This is possibly the easiest kind of pest to identify. As the name suggests, Whitefly are small white or yellow flies that inhabit mainly underneath the leaves. If you shake the ground a little and find plenty of small white flies flying around, it’s undoubtedly whitefly infestation.

Similar to the other insects, they also feed on plant sap. They lay eggs underneath the leaves. So, it’s necessary to clean the plants manually as in the case of red spider infestation. Use a sponge and specific chemical for the purpose.

The best way to be free from insect plague is prevention, though if the insects have already invaded you can use chemicals to eradicate them. 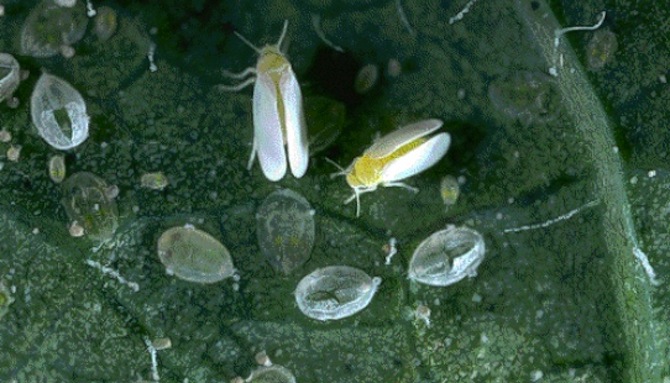