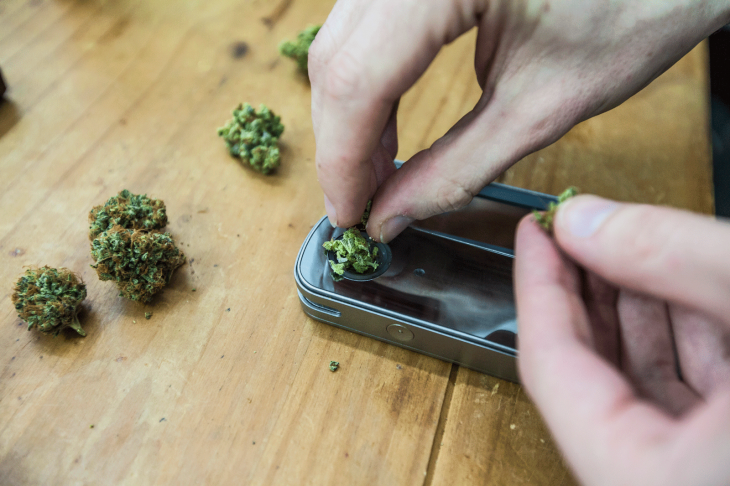 “Your eyes are redder than the devil’s dick,” a friend of mine told me as we got done passing around blunt rolled with White Widow. A look in the mirror confirmed that my eyes almost look like a took one or too many punches, or I had been crying from hours conscripted onion chopping at the soup kitchen. Despite the fact that my eyes tend to look completely red when I smoke, I have always enjoyed the effect that THC has on my eyes.

Part of THC’s diverse effects is a decrease in overall blood pressure and dilation of blood vessels throughout the body, thereby increasing over all blood flow. This includes the eyes, which accounts for the redness. This is a widespread effect and helps to increase circulation and reduce inflammation throughout the body. This makes THC a potentially very powerful medicine, and for a long time Glaucoma has been one of the most famous disorders treated by marijuana.

Marijuana has been used to help people suffering with glaucoma as well. Ocular pressure builds up in patents suffering from glaucoma, which is caused by a lack of drainage of the aqueous humour (fluid in the front of eyes of that provides nutrients antioxidants etc.) from the anterior and posterior chambers of the from part of the eye. If glaucoma goes unregulated, the pressure eventually damages the ocular nerve and the patient goes blind.

There are several causes of glaucoma, but all of them have to do with a malfunction in the pathway of aqueous fluid from formation on the cilliary muscle holding the lens of the eye, into the anterior chamber which accounts for the raised topography of the eye, then out through a drainage network called the trabecular meshwork which drains the fluid into a bed of blood vessels. The passage ways are small, and as the eyes age various genetic predispositions and other factors influence the risk of developing glaucoma.

Marijuana works as a muscle relaxer, which accounts for that comforting feeling in one’s eyes after smoking. Imagine the relief of a person suffering from closed-gate glaucoma as the aqueous humor begins to drain within minutes of inhaling the smoke. Not all cases of glaucoma can be cured by marijuana, but it can certainly help with the outcome of treatment. Smoking increases the rate of drainage of the fluid, is shown to protect nerve cells and reduce overall pain caused by the disorder.