Hydroponic weed culture systems are increasingly used among farmers with more experience. They pose a great advantage over other culture substrates because they can very effectively control the exact amount of nutrients the plant receives. Besides the root system, the plant extends with amazing speed on these crops.

We all know that the weak point of cannabis plant is its root system, but in cultures where hydroponics is used this weakness becomes a myth. The best root systems are obtained using hydroponic systems.

A plant with a good root system can absorb more nutrients continuously, so their growth and development will be much higher compared to other plants grown in such land. The growth cycle becomes a spectacle; plants grow with an unknown, amazing speed. While the flowering cycle is quite similar, getting an output is something other than cropping systems. 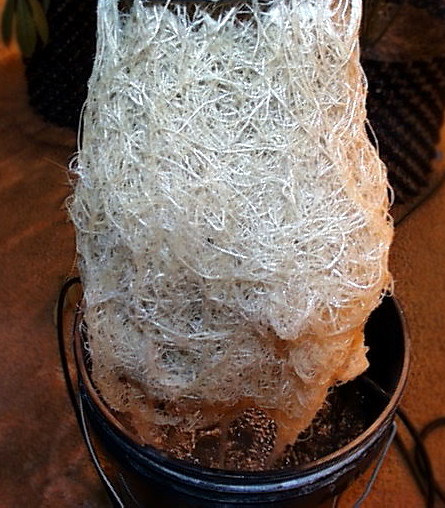 What Are the Benefits of Hydroponic Culture?

Among the many benefits of farming systems where there’s no organic substrate, here are few of the most vital benefits:

However, it also has some disadvantages, such as increasing the relative humidity in the cultivation room. Although this is not really a problem, during the growth cycle there will be that extra moisture. During the flowering cycle, you can increase the flow of air indoor or cover the parts where moisture penetrates to have an appropriate level for this cycle.

What Constitutes a System of Hydroponics?

It can be cultured without using organic substrates, such as earth. As the name suggests, these crops are based on hydroponics, which is nothing but the crop using water. The principal methodologies used for these crops differ between dipping the roots in water and using a constant flow of water that hydrates to the roots. 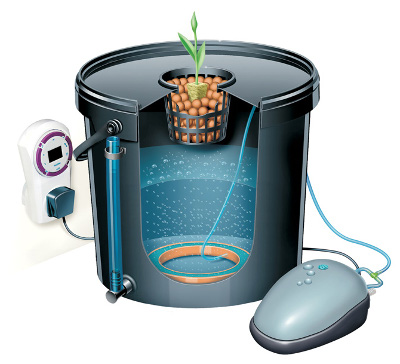 The first system, called DWC (Deep Water Culture), is the total immersion of the roots of plants in water. Since the roots need to breathe without decaying, an air system, which produces a bubble in the tank where the water is stored and roots are developed, is incorporated. Although it sounds a little complicated, it’s really easy.

The second system, called traditional hydroponics, uses an inert substrate such as Arlit (volcanic rock) or small river stones so that the plant gets support and develops its roots. One of the most used is NFT (Nutrient Film Technique), which is a closed circuit where water passes hydrating and nourishing the roots.

The substrate used is not completely inert and absorbs liquids (it is important not to use coconut fiber, since it absorbs fluid), which is made ​​to perform a continuous circulation system of irrigation, so that the roots stay hydrated and grow quickly. 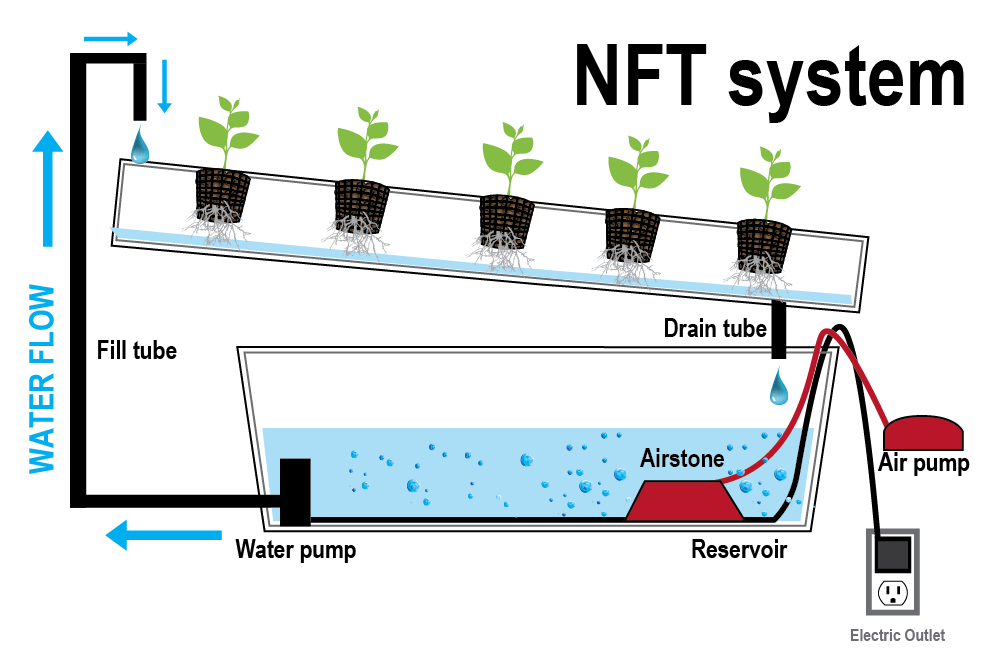 This system also uses an air pump to create bubbles, but this time it is located in the main tank, so we use oxygenated water and it will not rot. It is important to note that there could be algae problems in water circulation systems.

The concept is what we have explained, using water as the main medium in the culture without using organic substrates. Now that we have the essential concepts, we can move on to see the different devices that the cannabis market has created for us to make our hydroponics easily. 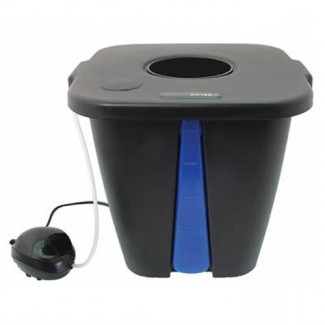 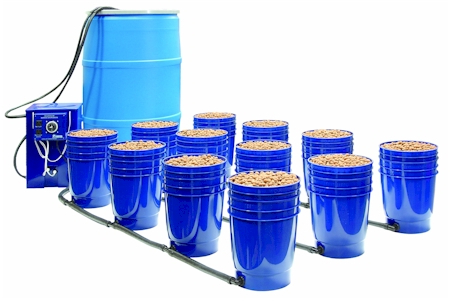 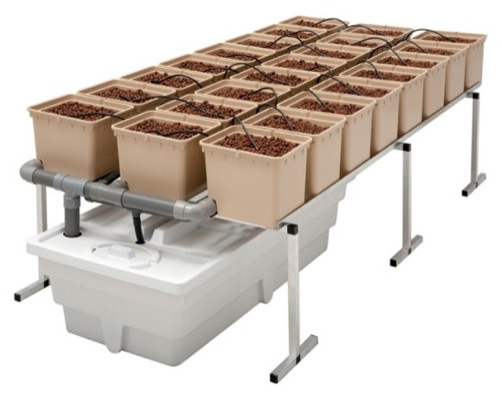 Of course, you can make a home system, but if you prefer to go for simplicity, here we will show you a few very well developed systems sold in any grow shop.

Of course, there are many more models, which vary depending on the number of plants and capacity of water tank, as well as measures. All these systems are mainly used in hydroponics.

What Is the Difference between Hydroponics and Traditional Culture?

Aside from the obvious differences in methodology and operation of expansion of the root system, the main difference is based on the way in which you feed the plants. With a hydroponics system, you can use at all times the right amount of nutrients that you want to contribute to the plants.

The irrigation water stored in the tank is the key. As with any system of drip irrigation on inert substrates, you must apply the appropriate nutrients to water and stabilize its acidity (PH). Unlike crops with soil, water acidity in this type of farming systems should be something different. It is recommended that the growth cycle have a pH of 5.7 to 5.8 and the flowering cycle a pH of 6.0 to 6.1, but as with everything, every grower should have more or less perfected their taste parameters.

Another advantage of this type of crop is that you can perform a complete washing of roots with ease, simply by cleaning water without nutrients in the tank and adjusting the PH. 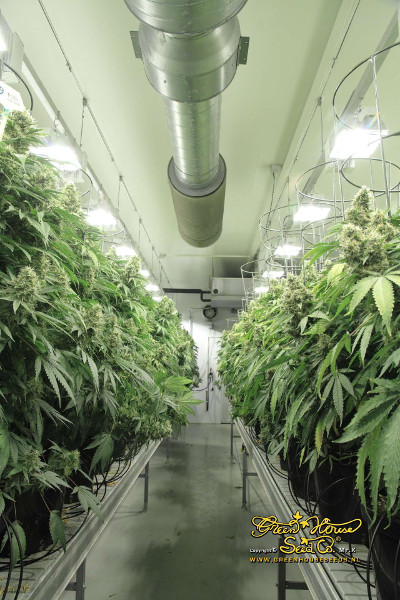 What Else Should I Know about Hydroponics?

The main thing to be cultured successfully in hydroponics is to have experience in traditional crop cultivation. Experience is the greatest degree that helps us know the level of nutrients plants need to properly configure irrigation water and to solve problems that may arise.

The inert substrate to use is another important factor. We recommend arlita (volcanic rock), but this tends to raise the pH of the water, so you have to do a treatment before use (keep in water for several days adjusting the ph). The river stones are another good option and finally coconut fiber, which although is not advisable for use in hydroponic systems because it absorbs a lot of water and could cause the roots to lack in the amount of oxygen they need.

A good choice of nutrients is of paramount importance. Here we recommend something really easy- a product like Powder Feeding Mothers for the growth cycle and Powder Feeding Indicas, Sativas and Hybrids for the flowering cycle depending on the variety of marijuana you are cultivating.

If you have any questions, drop your comments and we will help you solve them.

An Evolution of Medicine

Let’s get to know marijuana in depth

If marijuana was a revenue-generating industry

Posted in How to  42k views